In the idea of ​​the Ministry of Health Fertility Day was to raise awareness on the issue of fertility and the demographic decline of our country. Two campaigns were promoted, one worse than the other, with no retaliation.
The first sexist campaign terrorized women by reminding them of the expiration date of their ovaries, the second, racist, proposes an information leaflet that contrasts the good habits of white people with the bad lifestyles of black kids.

Fertility Day deals with fertility as a common good, as if it were something public and not something private, extremely tied to personal choices, showing the blindness of the health ministry in the face of social problems that push Italians to have children. An embarrassing blindness, disrespectful with respect to the principle of self-determination of the individual. As if fertility were a public affair and were not intimately linked to one’s body.

In the era of precariousness, lack of certainty, the difficulty of the thirties to leave their parental walls due to the lack of an entrance that allows them to be independent, the urgency of passing time is emphasized, which inevitably flows while consuming a body that perhaps when she is able to support a child financially she will no longer have the physical, medical characteristics to support a pregnancy.

An inappropriate campaign, insensitive to those who want a child but economically cannot afford it, a free campaign for those who choose to have a child but are forced to struggle with their body that for some reason does not want to know.

In the days when Fertility Day is celebrated, we invite you to reflect on this theme by reading a novel that intimately covers the drama of those who, despite their age, the right economic and social position would like a child but cannot have it, The din of his eyes by Luana Brivio.

A novel that covers the drama of those who face the path of assisted fertilization made up of defeats, fallen from the upper floors to reach the road of adoption.

An intimate novel that tells the fears, the anxieties, the contradictions of two aspiring parents who with all their strength try desperately to have a child.

The frustration of failed medical attempts, the sense of inadequacy, the fear of going out again defeated, the fear of not being suitable for the social worker, the risk of loving someone who could then be torn away forever, the terror of failing to establish a bond with the entrusted child. A difficult path that involves determination, tenacity, control both before and after. The encounter between already formed souls, who do not know each other, do not choose themselves and can only accept themselves in their intimate complexity. A fight-encounter, a slow scrutiny to overcome distrust, to find a breach in which to insinuate, a sort of emotional limbo that puts a strain on the couple’s stability.

A journey into the complex world of parenting that reveals the dark meanders of becoming mothers and fathers, further complicated by impulses that cannot be controlled but only suffered. 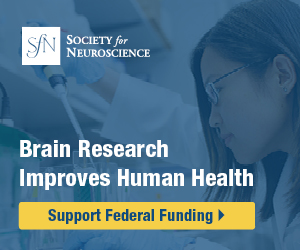